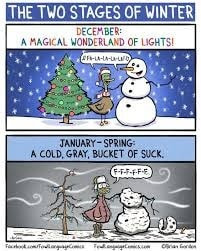 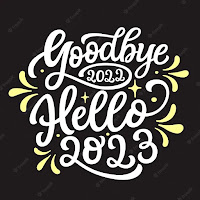 We had a major blizzard on Christmas Eve so dinner was just B & me.
The kids were supposed to come but the weather was too dangerous.  It was strange having
just the 2 of us at dinner on Christmas Eve.  It is something we have never done
in the 50 years we have been together. First, we had to split up going to one set of inlaws
on Christmas Eve and the other on Christmas Day.  Then we always had the kids with us.
Now, with one set of kids across the country and the weather too bad for the others, it
was just us.

New Years Eve was very quiet. B and I don't go out anymore.  Instead, we stayed home and
watched the "Thin Man" movie marathon on TCM, toasted with wine at midnight, kissed
goodbye to 2022 with a bigger kiss to bring in 2023. Then went to bed at 12:30am.
Such party animals!

Went out after New Years to peruse the sales.  Didn't see anything I couldn't live without so
nothing spent there.  We did see a bald eagle sitting on fence pole as we were coming out of
the Walmart store.  B said he was probably checking out the sales as well.  Silly guy!

B and I have concluded that we are officially old.  We misplaced the car in the Walmart
parking lot.  We usually make sure where we park before going in but this time we went
in a different door than usual.  15 Minutes of wandering around looking for it and 3 people
coming up asking if they could help.  So sad!  When we told our son about it later, he asked
why didn't we press the locator button on the key bob.  Of course, neither one of us thought
of that.

So I usually get on the scale on Monday mornings.  I was dreading that on the 2nd
but took a deep breathe and stepped on.  To my surprise, I had lost 5 lbs over the
holidays without even trying.  Guess I didn't have as many holiday treats as I thought.
That's my story and I am sticking to it.

Goals for the New Year

We continue to downsize by donating to various organizations, reuse in the house
somewhere or discard 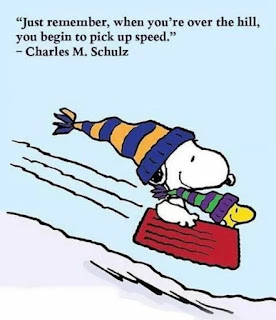 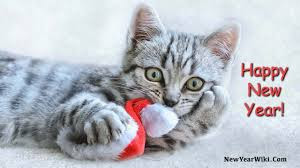 I want to wish all of you a Merry Christmas!  I cherish you all so much and hope the holidays and new year bring you all good blessings.